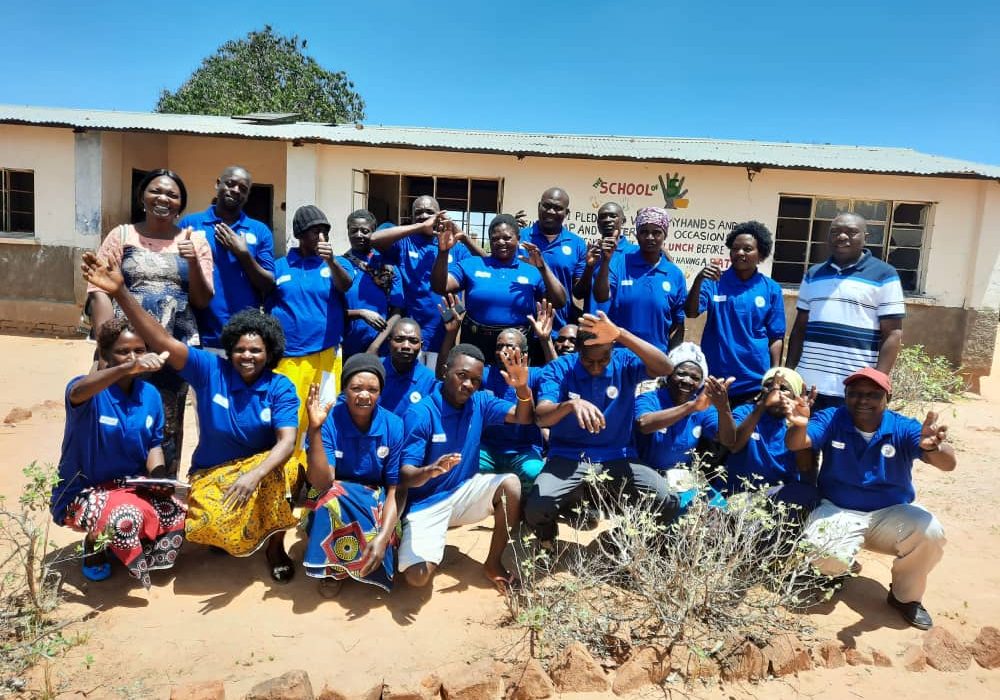 The Forum for African Women Educationalists of Zambia (FAWEZA) is working with the community in Southern Province to combat Child Marriages/teenage pregnancies  among school going children. The Organisation has trained mother mentors and the neighbourhood watch members    -who are gallant women and men from the communities, who have volunteered their time to promote and protect the rights of girls in Munjile and Mainza communities in Southern Province of Zambia.

Playing different roles, the mother mentors are charged with the responsibility of educating the school going girls on the ills of child marriages and teenage pregnancies. The mother mentors also monitor school absenteeism among the girls. They also provide counselling to the girls who are victims of child marriages/teenage pregnancies and encourage them to re-enter back into school.

On the other hand, the neighbourhood watch committee is a link between the community and the Zambia Police in the area. The members of the committee are charged with a responsibility of reporting perpetrators of GBV in the communities especially those who marry or marry off learners. The committee in Munjile and Mainza communities in 2020 managed to report a total of 25 cases to the local Zambia Police-Victim Support Unit (VSU).

This is under the “access to justice for adolescent girls”- project being implemented through financial support from  Equality Now – A Nairobi Based NGO. The project has seen a total of 15 girls re-claim their school space after becoming pregnant and being married off.

In Zambia teenage pregnancies/child marriages continues to be one major cause for school drop-out among adolescent girls. The Ministry of General Education statistics show that annually, over 15,000 girls drop out of school due to pregnancies. This scenario is of great concern to FAWEZA.

To compliment government’s efforts, FAWEZA continues to accelerate training of teachers in comprehensive sexuality education so that they cascade the knowledge to learners, FAWEZA empowers families with financial literacy so that families are able to meet the basic needs of school going children and support their education. In addition, the organisation conducts community awareness on the ills of child marriages and teenage pregnancies to mention but a few interventions FAWEZA implements to curb teenage pregnancies and child marriages in Zambia. 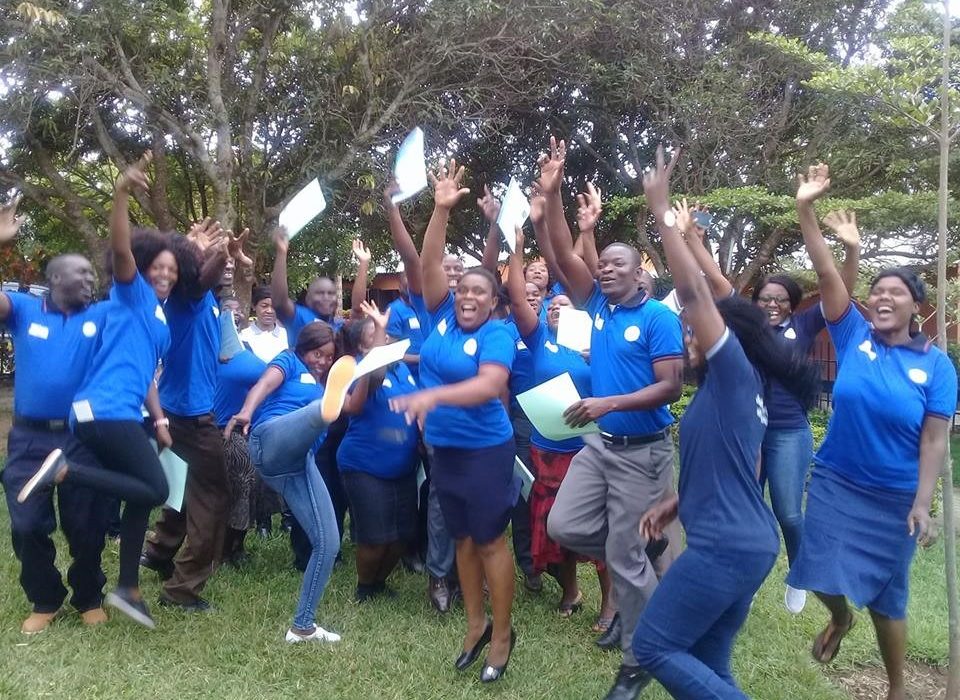 The Forum for African Women Educationalists of Zambia (FAWEZA) implements interventions that are aimed at empowering learners in financial literacy with an aim of changing their mind set in regards to saving and raising money. This has seen a number of learners engaging in income generating activities to raising funds to pay for their schools fees and buying school requisites such as books, uniforms and pens.

In its quest to scale down this knowledge to learners at school level, the organization enhances the capacity of teachers and community members in order to sustain its interventions. FAWEZA has trained teachers from North-Western, Northern, Eastern and Southern Provinces in financial literacy training supported by the Norwegian Church Aid and the United Nations Children’s Fund (UNICEF).

FAWEZA working with the Ministry of General Education, UNICEF and the Curriculum Development Centre has developed a financial literacy Manual which it uses to train teachers and in turn teachers use it for training learners.

Key outcomes have been recorded under this intervention among some of the outcomes includes, learners engaging in income generating activities. 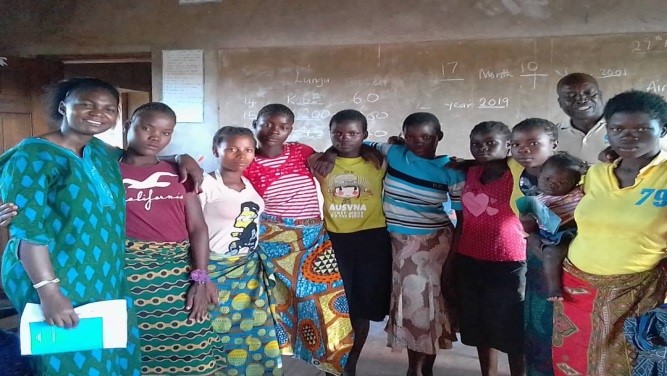 FAWEZA in the first and second quarter of 2019 has managed to re-enter a total of 460 girls back to school. This is under the organizations various projects aimed at ending child marriages, teenage pregnancies and enhancing access to sexual reproductive health rights issues.

With support from Swedish through NGOCC, NCA, CHAZ and an anonymous partner, the organization is raising community awareness through the trained community Action Groups(CAGs) on the importance of education and is urging traditional and religious leaders to support the implementation of the re-entry policy in Zambia.

Among some of the 460 girls that the organization has re-entered, the girls are being provided with education support which includes payment of school fees and purchase of school requirement.

Gender Based Violence (GBV) is one of the vices that FAWEZA fights in communities as it is among some of the barriers to girls and women’s advancement of Education. The organisation has trained GBV counsellors in Western and Eastern provinces who are expected to train other community members and continue advocating against GBV in rural areas. 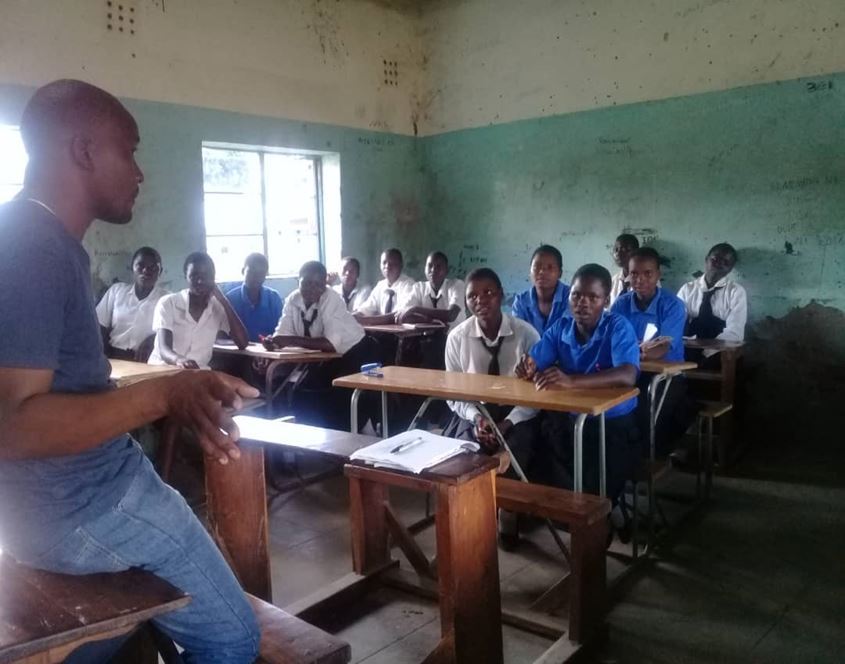 FAWEZA is supporting teen mothers in Eastern Province to go back to school and complete the education cycle for a better future for both the mother and child.

Following the Re-Entry Policy and guidelines girls are given a chance to go back to school with an aim of reducing the poverty and illiteracy levels in communities and making their lives better. This will also enable them to make decisions from and informed point of view as well as actively participate in matters that concern them and leadership position. 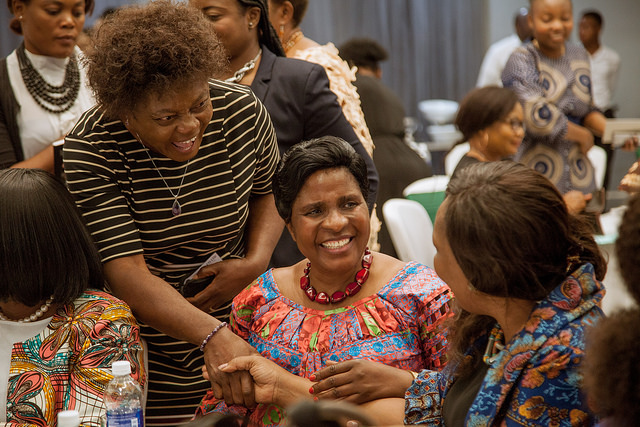 Zambia has urged women, particularly in developing nations to actively engage in the political governance and bridge the global gender, social and economic gap if sustainable economic progression among nations is to be achieved.

Zambia’s Minister of Gender Elizabeth Phiri has told the United Nations that educated women in Zambia, as in many other countries are shunning politics because its male-dominated landscape has often been hostile and unpleasant to the female gender.

Mrs. Phiri has however said the Government of Zambia has continued to create an enabling environment for the promotion of gender equality and the empowerment of women and girls through a range of innovative policies meant to close the gender social, economic and political disparities.

Speaking when she opened the 63rd United Nations Commission on the Status of Women side event, Mrs. Phiri noted that the competition in elective political positions of leadership in many countries is often too aggressive for the full participation of educated women, hence creating gender inequalities.

The theme for the 63rd CSW is: “Promoting Rights-based Social Protection Policies for Gender Equality, a prerequisite for Social Justice and Sustainable Development.”

The side event was organized by Friedrich Ebert Stiftung in conjunction with Zambia, Women in Informal Employment Globalising Organising, Africa Platform for Social Protection and Africa Labour Network.

“In Zambia, like many other countries, particularly in developing nations, for women to get to high elective political positions, they have to defeat men and it is not an easy undertaking. Educated women are shunning politics because the male-dominated political sphere has remained aggressive. But women have to actively engage in the political governance of countries if the social and economic gender gap has to be closed for sustainable development,” Mrs. Phiri said.

She stated that Zambia remains committed to enhance gender mainstreaming through the development of policies and programmes that would be able to reduce poverty and vulnerability among women and girls.

Mrs. Phiri explained that with the National Social Protection Policy, Zambia has seen the enactment of the National Health Insurance and the approval of an integrated framework which aim at ensuring overall coherence and maximization of development impacts of investment in social protection.

She said that Zambia’s implementation of the Social Cash Transfer Scheme has so far improved nutrition levels among vulnerable rural households who can now access to adequate food.

Mrs. Phiri stated that the Government of Zambia is implementing the Food Security Programme, which is aimed at enhancing food security at household level through crop divarication, conservation farming as well as the promotion of alternative livelihoods among communities.

“The role of the Social Protection System is not only reducing poverty but also for achieving human development outcomes such as nutrition, health and education and tackling social inequality. Social protection programmes have the ability to tackle social constraints such as lack of income or income-generating capacity,” She added.

The 63rd Commission on the Status of Women was also attended by Zambia’s Permanent Secretary in the Ministry of Gender, Dr. Auxillia Ponga, Zambia’s Permanent Representative to the United Nations, Ambassador Lazarous Kapambwe, Ms Helen Mudora, a civil rights activist from Kenya and Dr Laura Alfers of Women in Informal Employment Globalising and Organising in South Africa.

This is contained in a statement issued by First Secretary for Press at Zambia’s Permanent Mission to the United Nations Wallen Simwaka.